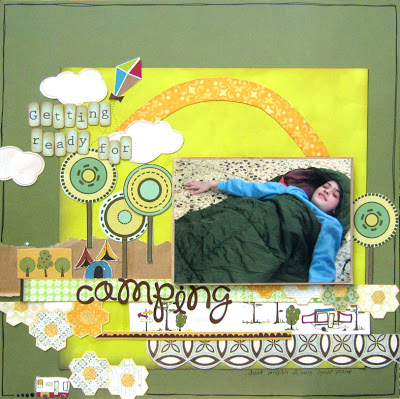 Today I’m sharing a fun easy tutorial on how to add interest, surprise and a lot of fun to your layouts on Scrapping Everyday Miracles. Interactive design in scrapbooking is when you add something that moves to your layout. If it has to be opened, pulled, turned or pushed, it’s interactive! Today I’ll show you how to add a flap to your layout. 1. To create the flap you’ll need one 4″ by 6″ photo and two smaller photos. The flap is great for creating more space on your layout there by enabling you to add more photos as well as hiding photos which are not so perfect but you still want to use. 2. Take a 4″ by 12″ piece of double sided cardstock and fold in half. 3. Adhere the flap to your layout by putting glue only on the bottom part of the flap. 4. Adhere the large photo on the outside flap. 5. Adhere the two smaller photos … 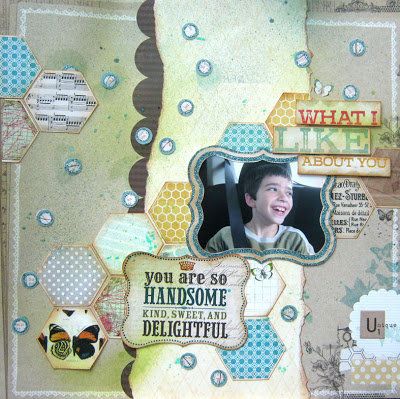 Sometimes it’s so much fun just to have fun! this layout is exactly that…fun. I wanted to give it the same feeling I have when I imagine my youngest son. He’s funny, smart, likes to have fun, run around, play, get dirty and being a boy! This layout has got all that﻿. Whimsy background, that I misted with glimmer mist and then added shiny punched dots. A funny photo and a great title and sentiment. The layout has a lot of different shapes on it and that gives it flow and interest, everywhere you look you see something else. Created for: Smile for Bird is the word Scrap Whispers Misting for Scrap Fit Sketchabilities #71 Dig out the old for Top tip Tuesday: old background paper and frame. Punching for Southern Girls Hexagons for Crafts 4 Eternity Have fun creating! Einat 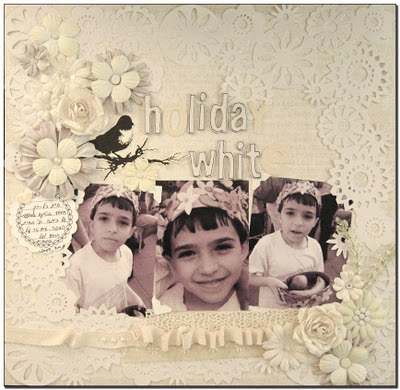 Tomorrow Jews will be celebrating the holiday of Shavuot. This is a very special holiday with a double meaning: religious and agricultural. The Torah (first five books of the bible) was given by God to the Jewish people (and the world) on Mount Sinai more than 3300 years ago. Every year on the holiday of Shavuot we renew our acceptance of God’s gift, and God “re-gives” the Torah. The torah is considered to be like milk to a baby, a necessity, something basic to every person and internationally known. That’s why in Shavuot it is customary to eat dairy dishes and wear white. The word Shavuot means “weeks.” It marks the completion of the seven-week counting period between Passover and Shavuot. This is the time of year that summer begins and the harvest starts. In the old days when the temple in Jerusalem existed, it was customary to bring part of the first harvest to the priests in the temple. … 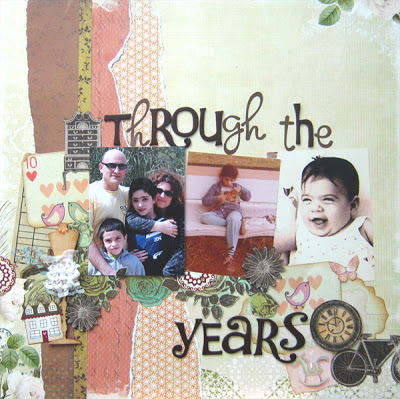 I try to scrap my photos in an organized way so there wouldn’t be too many leftovers and photos without a layout. But sometimes it doesn’t work and I have those tails…photos that for some reason didn’t find their way to a page. This layout was created with three of those photos. They’re not from the same event, day, or year and there are different sets of people on them. The only thing in common is me, in different ages. So I created a layout about me through the years. The layout was created according to the Scrapping Everyday Miracles May’s sketch. You can join in the fun and create your own layout with your own interpretation. You can find the sketch here. I used all kinds of embellishments on the LO to symbolize the different periods and ages in my life. On the right near the baby photo I put a bicycle, butterfly, a bird and a clock. Then … 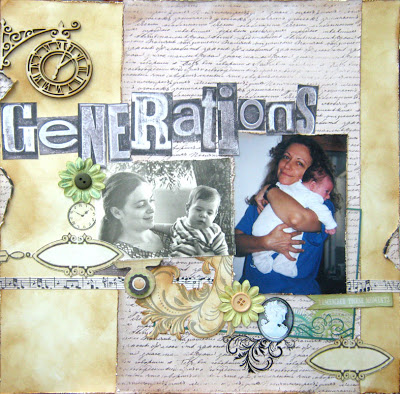 What happens when you have a double sided paper but you can’t decide which side to use? Use both of them! In this layout I used both sides of a Kaiser Craft paper from the Timeless collection. First I cut the letters I needed for my title. I tried to use letters that were close so I wouldn’t have to cut the whole paper. Then I used the other side of the paper I got left as part of my background. I also used the backing of the rub-ons package that had a really nice swirl on it. So basically I created a layout from 2 papers, backing of a package, a few rub-ons and flowers. The most expensive item on the LO is the wooden embellishment. Have fun creating! Einat 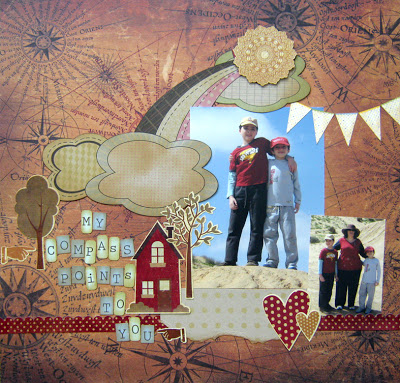 “Our happiness will always be found within a narrow compass, and in the middle of the objects more immediately within our reach.” Edward G. Bulwer-Lytton This layout was inspired by a patterned paper I had. It has a compass pattern on it and I couldn’t decide what to do with it. My initial idea was to scrap something related to travel but I didn’t have the right photos. Then I had an idea to use the compass theme in the title and build my LO around it. To create my scene I cut the rainbow out of a Fancy Pants paper and added a sticker as the sun.  I added more Jenny Bowlin stickers and the title. Have fun creating! Einat

Technique corner: using a title to make a point 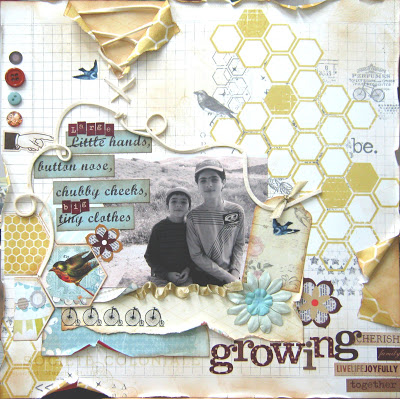 Sometimes I get my layout ideas from places that surprise even me. One of the papers of this month My Punch’s Kit of the Month Club had the Title: “Little Hands, button nose, chubby cheeks, tiny cloths”.   When I saw it I thought to myself what a great title, too bad it’s not applicable to me, since my boys have already passed the tiny stage and there are on their way to huge…but then again, I thought why not use it, design a layout exactly about that? So, I took the title and changed it in a way that would be visible and stress the point I want to make. The “little” turned to “large” and the “tiny” into “big”. I used small bold colored letters to write the new words so they would be noticeable enough but not too big. I also added the title GROWING to put everything in context. Have fun creating! Einat