One of the most annoying things that can happen to a crafter is having dull scissors. How To Keep Your Scissors Sharp is a question all of you should know the answer to. Instead of replacing your scissors all the time and getting upset when they don't cut what you want and how you want. Apply these tips and keep your scissors sharp and in tip - top condition. 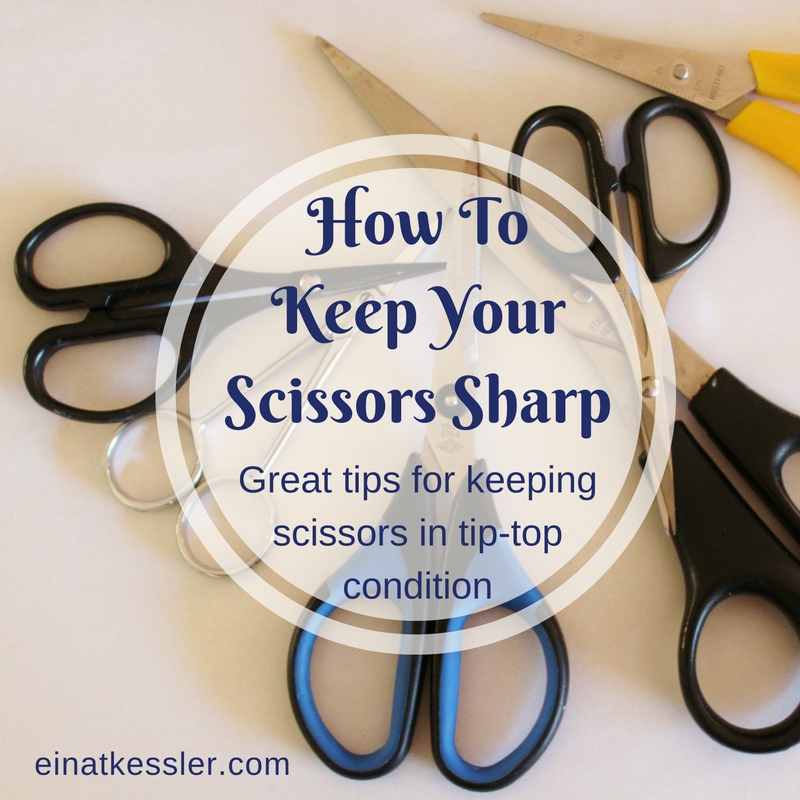 How To Keep Your Scissors Sharp

Use them only for their intended task

In the scissors case don't mix and match! Resist the temptation to reach for the nearest pair of scissors to cut fabric after you've been using these scissors for paper. You'll dull or nick the metal and may also throw off the alignment of the blades. Keep a separate pair for each material such as paper, fabric or metal. There is one exeption to the rule which I'll tell you about at the end of the post.

Scissors are from metal so they don't like moisture. Keep them out of the way when you're spraying or spritzing on your mixed media project. Moisture or water can cause rust and although we steampunk fan LOVE rust it's not something we would want on our scissors.

There are a few ways you can sharpen your scissors:

Sharpening Your Scissors With Sandpaper

A sandpaper sheet with 150-200 grit will work just great. Have the rough edges face outward, so the sandpaper grazes against both blades as you cut the paper. Cut through the sandpaper, cutting long strips, about 10-20 times. You will notice that the blades become sharper with every strip of sandpaper cut. Use full scissor strokes, beginning the cutting at the base of the scissors and extending to the tip. Cutting through sandpaper is good for scissors that aren’t horribly dull, but just need some touch up sharpening. The sandpaper also helps smooth out nicks and indents on the blades.

Sharpening Your Scissors With Aluminum Foil

Take a piece of aluminum foil, about 8-10 inches long, and fold it lengthwise multiple times so you have a thick, folded strip of foil. Cut strips of the aluminum foil with your scissors until you have cut the entirety of the thick aluminum strip. Use full scissor strokes, cutting beginning at the base of the scissors and extending to the tip. Depending on the width of the strips you cut, you can sharpen your scissors blades a lot (by cutting many, skinny strips) or just a little bit (by cutting a few, thicker strips).

Sharpening Your Scissors With a Glass Mason Jar

Wipe your scissors regularly. Wipe the blade and the pivot screw (where lint and grease build up) with a soft, dry cloth. If you get glue residue on the blades wipe them with a moist cloth and then dry the blades thoroughly.

Dropping your scissors can knock the blades out of alignment, even if dropped on carpet, but especially if dropped on wood or concrete floors.

All metal scissors can be a costly investment, but a quality pair will cut better, last longer, and can be sharpened over and over again. Plastic is nearly impossible to repair if broken, so scissors with plastic handles will never last as long as those made of quality metal. My favorite pair is Tim Holtz scissors which can cut everything! They are the only pair of scissors I ever had that could cut different materials and not get dull.

I hope these tips on How To Keep Your Scissors Sharp are helpful to you and will make your scissors last for a long time.

Join the new VIP Room where every month you'll get new class grade video tutorials, be the first to hear about new products and get access to printables, patterns, have more chances to win fabulous giveaways and much, much more!

Don't miss out! Keep up with all the crafty goodness by subscribing to the Einat Kessler creative newsletter 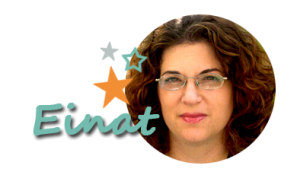 4 comments on “How To Keep Your Scissors Sharp”